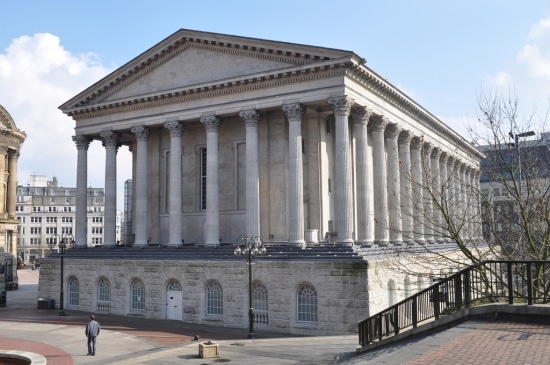 Great house deals in Birmingham are on the rise So why not get a great Fixed Fee Conveyancing Quote Birmingham?

A bit of background in to Birmingham shows that this is the second biggest city of Great Britain and also the most populated city outside the London with 1,085,400 residents (according to a 2012 estimate), and its population increased by 88,400 residents between 2001 and 2011. It was greater than any other British local authority and city’s population is expected to grow by 150,000 by 2031. A major factor for this increase has been  the council’s plans to provide £600million to update Birmingham New Street station, a £128million extension to the Metro and the proposed £32billion HS2 rail link to London All in all, Birmingham’s infrastructure is going to change beyond recognition.

Birmingham city has a great demand for house renting because of university students. The City contains nearly 17,000 of student population so, it’s become sorely needed to carry on such developments due to the demand.

This is great news for buy-to-let investors. Mark Evans, at Knight Frank was commenting on the situation and states

‘The supply of homes is struggling to match demand, so returns are good,’ and further he says ‘We have executives arriving with new businesses coming to the city and students from the three universities looking to rent. Yields of 7 per cent or 8 per cent are common.’

Modern Birmingham will not hold its classic beauty but close to the center you will find elegant canal paths overlooked by stylish loft apartments near rolling parkland.

Property prices are low than London and south east. According to Rightmove, the majority of sales in Birmingham during the past year were for terrace properties, selling for an average price of £126,067. Semi-detached homes sold for an average of £153,868, with flats fetching £106,355. Compare that to London, where the average price for a terrace house is £520,705, and you can understand why so many people are relocating here.

Birmingham has something to everyone. The most prosperous suburb is Sutton Cold field, with its popular grammar schools and plethora of drama groups, where many of the houses have price tags of £1million-plus.

Four Oaks House, an ultra-modern, six-bedroom home with four reception rooms, swimming pool, spa pool and cinema room, looks as if it belongs in London’s swish Bishop’s Avenue. It is for sale with Knight Frank (0121 362 7878, knightfrank.co.uk), with a guide price of £2,850,000.

However, you do not have to be a millionaire to live in Sutton Coldfield — four-bedroom detached houses sell for £250,000 and four-bedroom semis for about £240,000.

When it comes to house buying or selling, finding a buyer or having a offer on a property being accepted is only the start of the process. In order to complete the transaction, you will need a efficient, knowledgeable and highly efficient conveyancing solicitor. That is what we at Express Conveyancing can provide. So click on to the Get Quote button to the top right of this page to obtain your free and quick conveyancing quote through Express.